BitKeep, a Singapore-based Web3.0 cross-chain wallet, announced that its valuation has increased to $100 million after it raised $15 million in a Series A funding round.

The company has forged partnerships with top 30 chains, including Polygon, Solana, Binance Smart Chain, Ethereum, Terra (LUNA), Wax, Fantom, and Arbitrum, among others. It supports more than 50 chains, 8,000 decentralised applications, and 4,500 cryptos.

In a Twitter thread looking back on the last four years of entrepreneurship, Kevin, the founder of BitKeep, extended his gratitude to the team behind the wallet and to the users who have sticked with BitKeep. According to Kevin, after the Series A funding, the company will enter “a new stage of development with a ‘cross-chain DAO’ at the core”.

BitKeep will break the triangle of “shareholders”, “company” and “employees”, empowering each individual wallet user to be the owner of the cross-chain ecosystem. By exploring a new collaboration model, all stakeholders will build BitKeep into a Web3.0 cross-chain and cross-layer protocol — establishing it as the infrastructure and the major driving force of Metaverse.

Dragonfly Capital, the lead investor in this round, BitKeep has survived for a complete cycle in the blockchain industry and prospered. The team behind it gained a deep understanding of crypto wallets through continuous iteration of product and functionality, connecting its users to a lively cross-chain DApp ecosystem. With its comprehensive product, BitKeep’s next step is to serve a more global user base and is poised to become one of the leading Web3.0 gateways.

“Dragonfly Capital is proud to be the lead investor in its Series A funding round. This investment marks the second attempt for us to support a wallet company, the first was directed towards Consensys, the parent company of MetaMask; and it is also our largest investment in this field. Dragonfly Capital is committed and excited to build Web3.0 together with the BitKeep team,” it added. – AsiaTechDesk.com 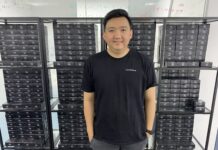 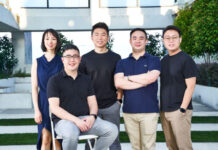 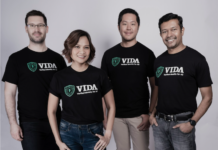